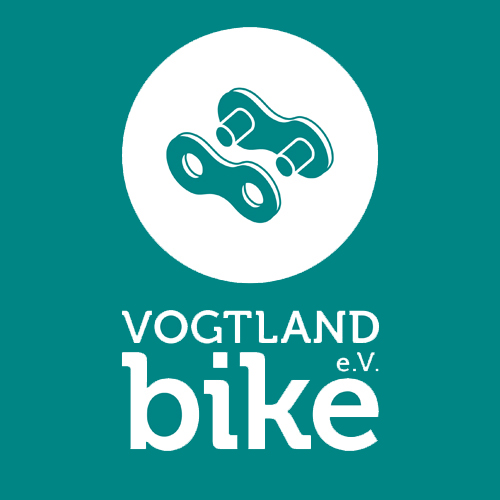 Vogtland Bike e.V. is MTB!
2003: Jan Ullrich becomes Sportsman of the Year. Bayern Munich becomes German Champion for the nth time; Michael Schumacher becomes Formula 1 world champion. All this is not really thrilling. But for the Bike e.V. it was the beginning of a new era. Back then they began with much enthusiasm and passion to make big plans and also copied one or the other thing. Numerous discussions and some disappointments later, they were finally successful: On 24 August, Vogtland Bike e.V. welcomed numerous mountain bikers and cycling fans to the 1st Vogtland Bike Marathon for the first time.
With the independent execution of the event and the foundation of the club Vogtland Bike e.V. they could give a future-oriented direction to this way as of 2008. Beside further gain of prominence und the increasing regional and supra-regional significance of the numerous and also new bike events, they could represent the Vogtland as a cycling region as well.
At least they wrote this as VOGTLAND BIKE E.V. onto their flags. And this way, they have set out to give the necessary impulse to the cycling and the cycle tourism in the Vogtland since 2008. Not one-time, not short-term, but with sustainable objectives in order to provide the necessary background for the title of “Cycling Region”. The Vogtland Bike e.V. was also involved responsibly with the development and further development of the present Bikewelt Schöneck, among others. Until today, they have ensured a positive national and international impression of the Vogtland with our top-class bike events, such as the German mountain bike enduro championship in 2016 and a European MTB-enduro stage race. 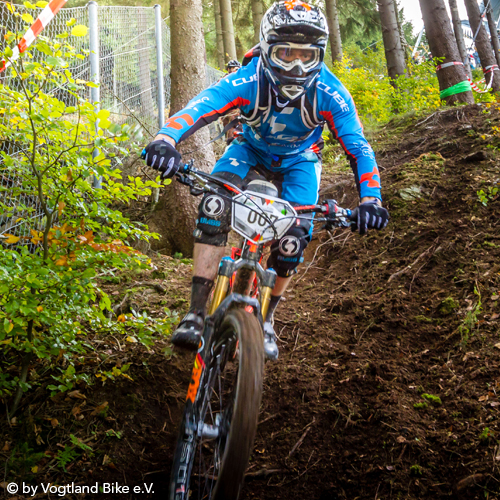 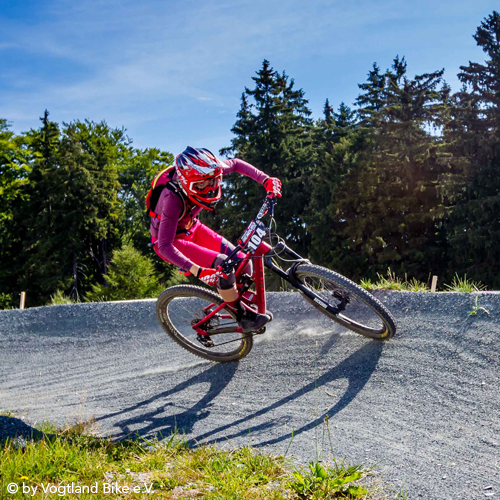 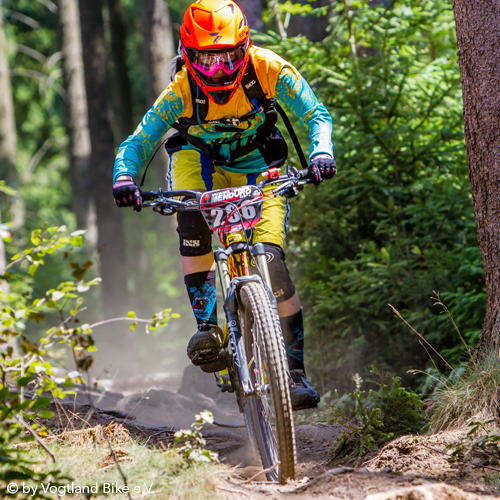 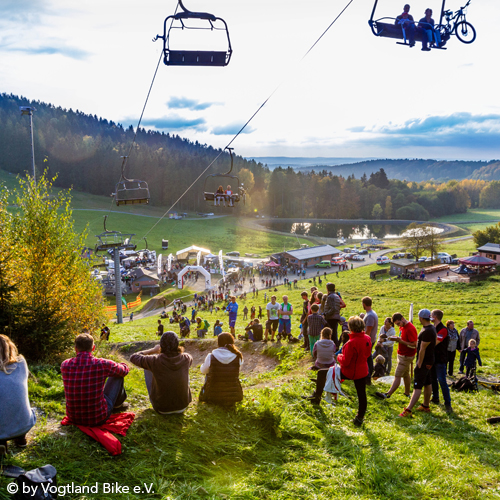